Cocaine Street Prices | How Much Does Cocaine Cost In Ohio?

Cocaine is an addictive illegal drug that can vary in price based on location and purity. In Ohio, the street value can be as much as $200 per gram. 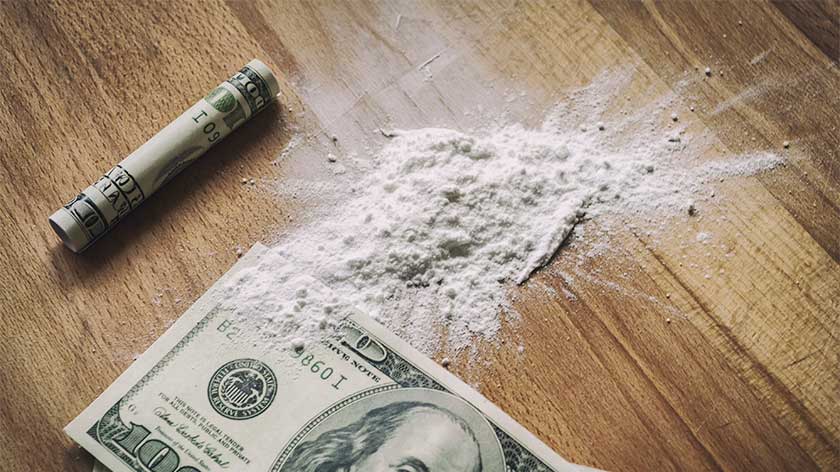 Cocaine is an illicit drug made from coca plants and primarily comes from countries in South America like Colombia and Peru.

People often abuse cocaine for increased energy and the effects of euphoria and happiness. However, these effects are often short-lived, which is why it’s compared to other stimulant drugs like methamphetamine.

How much cocaine costs can differ from place to place. In Ohio, cocaine street prices are typically around $100 per gram of cocaine.

Unfortunately, the cost of drug use can be much higher. Because cocaine is classified as a controlled substance by the Drug Enforcement Administration (DEA), it has a high potential for abuse and can lead to dependence and addiction.

Cost Of Cocaine In Ohio

The cost of cocaine can vary greatly depending on which part of the state you’re in. Prices in cities like Cleveland, Cincinnati, and Columbus are likely going to be cheaper because there are more dealers and competition. Prices in rural areas will likely be much higher as there aren’t as many suppliers.

The price of cocaine can also differ depending on the purity level. The purer the cocaine, the more it’s going to cost. For example, crack cocaine is less expensive than pure white powder cocaine.

Taking all that into consideration, the average price per gram in Ohio can be anywhere from $60-$200.

For drug trafficking purposes, cocaine can be cut with other substances so that more of it can be sold. This can make drug use very dangerous because you don’t always know what it contains.

Cocaine is often cut with dangerous opioids like fentanyl. Purchasing cocaine off the street can increase your risk of deadly overdose and other adverse effects.

Treatment for cocaine addiction likely begins with detox and then moves on to treatment like behavioral therapy, support groups, and aftercare.

Both inpatient and outpatient treatment centers are available to address cocaine addiction. If you or a loved one are struggling with cocaine use or a substance use disorder in Ohio, please contact us today for information on our inpatient treatment facility.