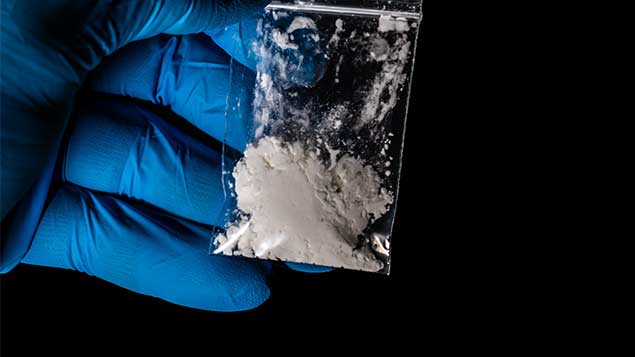 Fentanyl is a synthetic opioid that is approved to treat forms of severe pain, such as cancer pain. Fentanyl is 50 to 100 times stronger than morphine on average.

Fentanyl has also taken the form of a popular illegal drug and is the primary cause of drug overdose deaths in the United States over the past several years. The risks of fentanyl use is a growing national health concern due to the prevalence and potency of the drug.

Unregulated fentanyl use can result in opioid overdose, substance use disorders, and death. Treatment programs can help patients reduce risky behaviors while taking opioids and explore alternatives to opioid use.

Fentanyl was first introduced as an intravenous analgesic, or painkiller, in the 1960s. It was designated as a Schedule II controlled substance in the United States in 1970. In recent years, prescription rates for incidences of fentanyl on the illicit drug market have increased.

Fentanyl has approved medical uses as a prescription opioid. Pharmaceutical fentanyl can be distributed as a transdermal patch, injection, or lozenge, while fentanyl as an illicit drug may take the form of a powder or counterfeit pills.

Illicit fentanyl may also be combined with fentanyl analogues such as carfentanil, which has a similar structure and potency as the parent drug. Both legal and illegal fentanyl can be a target of substance abuse.

Effects Of Fentanyl Use

Taking fentanyl can cause strong analgesic, or pain relief effects. These effects may be caused by the drug binding to opioid receptors in the brain. Side effects of opioids such as fentanyl include:

Abusing fentanyl by buying illicit formulations or not following the prescription from your healthcare provider may increase the risk of negative effects.

The amount of fentanyl present in illegal forms of the drug may not be regulated. A person who buys illicit fentanyl may ingest high or even lethal doses of the drug without knowing. This can cause serious side effects up to and including death.

The potency of fentanyl can contribute to a drug overdose. The risk of fentanyl overdose can increase further if taking counterfeit pills that contain fentanyl and other substances, or if fentanyl is mixed with benzodiazepines.

A lethal dose of fentanyl may be as low as 2 milligrams and lead to respiratory depression, clammy skin, cardiovascular failure, coma, and death.

In 2020, the CDC reported over 56,000 opioid overdose deaths, most of which were attributed to fentanyl. Fentanyl overdose deaths have been steadily rising in the United States over the past decade, particularly in the last three years.

The desirable effects of fentanyl may lead to repeated use of the drug, which can enforce drug-taking behaviors. Over time, fentanyl can change the chemistry of the brain to the point of dependency, where the body requires fentanyl to function properly.

If a person tries to quit fentanyl while dependent on the drug, the body may enter withdrawal. Withdrawal symptoms of fentanyl may include severe opioid cravings, dysphoria, excessive sweating, sleeping problems, muscle cramping, and increased blood pressure.

These symptoms may be uncomfortable and painful, and cause patients to relapse to avoid going through withdrawal.

Fentanyl patches, tablets, and powder can be a health concern for anyone exposed to it, whether as a prescription drug or illicit drug. Overdose symptoms can be reversed with Narcan, a nasal spray that contains the opioid antagonist naloxone.

Full recovery from a fentanyl overdose or chronic fentanyl use may require professional help for addiction or substance use disorder.

Professional opioid treatment programs can cleanse illicit or prescription opioids from your system, manage withdrawal symptoms, improve your physical and mental health, and teach you life skills that can help you stay sober in the long-term.

One treatment option is medication-assisted treatment (MAT), which uses medications like buprenorphine, methadone, or naltrexone along with behavioral therapy and peer support.

To learn how we treat opioid addiction, please contact us today.

How Long Can Fentanyl Be Detected On A Drug Test?

Depending on the type of drug test used, and whether or not the drug test screens for the metabolite norfentanyl, fentanyl can be detected for between 1 and 4 days after last use.

Learn more about How Long Fentanyl Stays In Your System

How Much Does Fentanyl Cost On The Street?

The cost of fentanyl on the street varies. However, on average, a single fentanyl tablet typically costs between $25-$50.

Pharmaceutical fentanyl is available as a blue or white lozenge or tablet which comes in a blister pack or attached to a handle.

However, on the drug market where illicitly manufactured fentanyl is sold, it can be found as a powder or liquid. The liquid may be sold as eye drops or a nasal spray while traces of fentanyl may be found in other street drugs such as benzodiazepines, heroin, or cocaine.

What Is A Lethal Dose Of Fentanyl?

The lethal dose of fentanyl is around 2000-3000 micrograms (2-3 mg) for an average human adult. At this potency, overdose effects can occur after touching or even breathing in fentanyl accidently.

Learn more about the Lethal Dosage Of Fentanyl

What Substances Adversely Interact With Fentanyl?

Fentanyl is known to interact with benzodiazepines, alcohol, muscle relaxants, and other CNS depressants as well as CYP3A4 inhibitors and inducers, anticholinergics, and a variety of substances that increase serotonin activity in the body.

What’s The Difference Between Fentanyl & Carfentanil?

Carfentanil is a fentanyl analogue that’s about 100 times stronger than fentanyl. Carfentanil also has no approved uses in humans, while fentanyl is used in medical settings.

Learn more about The Difference Between Fentanyl & Carfentanil