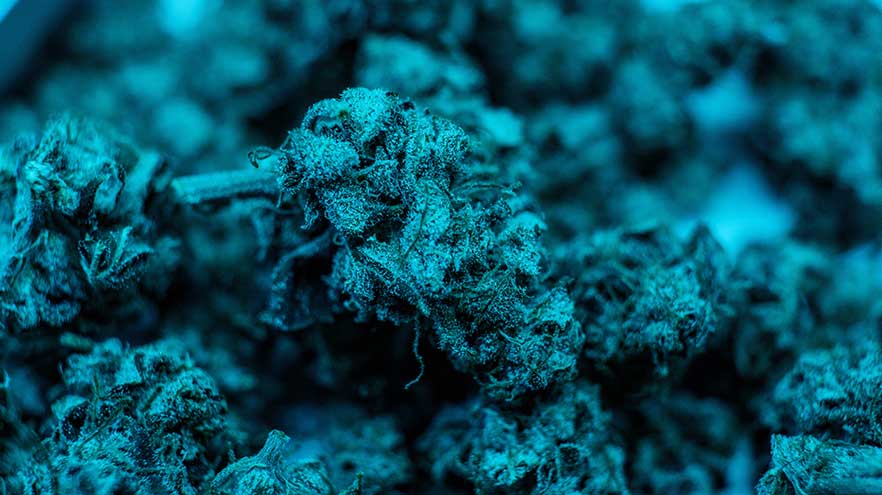 Marijuana can be habit-forming. A marijuana addiction, also known as a cannabis use disorder or marijuana use disorder, can be defined as an inability to stop using marijuana despite its negative health effects.

There have been widespread efforts to legalize and decriminalize marijuana use in the United States. Recreational use of marijuana is currently legal in 19 states, while medical marijuana is legal in 37. However, marijuana is still considered an illicit drug by the federal government.

Despite a growing positive perception of marijuana, especially among young adults, using the substance in any form can cause health problems.

Marijuana is derived from the cannabis plant, whose medicinal properties have been utilized for centuries. One of marijuana’s ingredients is tetrahydrocannabinol, also known as THC. THC has psychoactive properties that contribute to the high associated with marijuana use.

Recreational use of marijuana is common in the United States, where over 48.2 million people engaged in some form of marijuana use in 2019.

Marijuana can be smoked in hand-rolled joints, inhaled through water pipes known as bongs, or baked into products known as edibles. This drug is also available as hash oil, various concentrates, and other products like resin, shatter, or distillate cartridges and vapes.

Medical marijuana can be prescribed as an appetite stimulant or pain reliever. Medical marijuana may contain little to no THC, which may result in a lower abuse potential compared to THC-containing products.

Taking marijuana to get high can cause short-term and long-term side effects such as:

In rare cases, reports of hospitalizations and psychosis have been reported. Patients with existing schizophrenia may also experience worsened symptoms after ingesting marijuana.

Signs of a marijuana use disorder may include:

THC can contribute to a substance use disorder by activating cannabinoid receptors in the brain. This action can release dopamine, a neurotransmitter linked to reward and motivation. Over time, the brain may rely on THC to release dopamine instead of producing it naturally.

Data from the CDC reports that around 30% of all people who smoke marijuana have some form of marijuana use disorder.

However, the widespread popularity and legalization of marijuana may contribute to public perception of the drug. The CDC reports that a significant percentage of young people do not associate negative consequences with marijuana use.

Withdrawal can be a reaction of the body when the habit-forming substance is longer ingested. Marijuana withdrawal symptoms may include cravings, dysphoria, sleeping problems, and a loss of appetite.

Today’s marijuana products may contain significantly more THC compared to products from decades past. Increased THC may increase the pleasurable and habit-forming effects of marijuana. This trend may signal marijuana as a public health concern as more data emerges.

If you or a loved one are suffering from drug addiction due to marijuana, you may benefit from a referral to a treatment center. Professional treatment centers can offer a safe environment and counseling options, where you learn and implement alternatives to drug use.

At Ohio Recovery Center, our drug addiction treatment programs are performed in an inpatient setting with a variety of treatment services like group therapy, medical detox, and more. To learn if our rehab program works for you or your loved one, please contact us today.