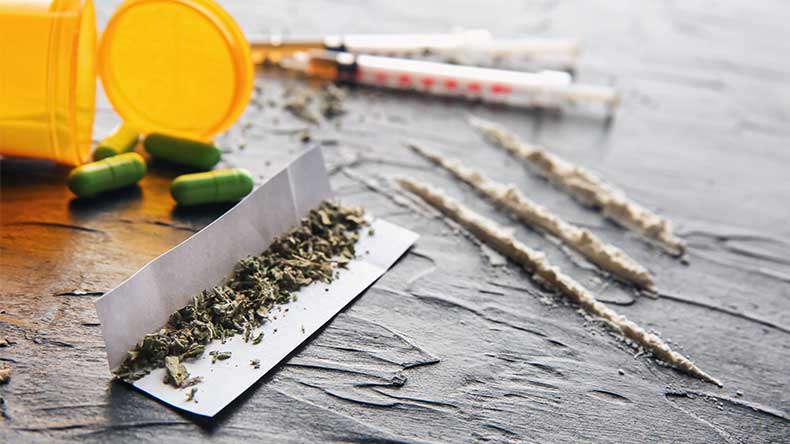 In 2021, 10.5% of adult Ohio residents reported participating in non-medical drug use over the past year. It is likely that fentanyl has a high prevalence of illicit drug use in Ohio, compared to both years past and other targets of drug abuse.

From 2017 to 2019, approximately 750,000 Ohioans 12 or older met the criteria for a substance use disorder (SUD) or about 7.7% of the total population. This number is approximately the same as the national average over this time period.

A substance use disorder is a serious mental health condition where a person is unable to stop drug use, even if it is detrimental to their health.

It is possible to develop a substance use disorder on a number of habit-forming substances, including opioid drugs, marijuana, alcohol, and amphetamines. Adults, adolescents, and even children may be susceptible to a SUD.

A further 142,000 Ohioans reported having an opioid use disorder over the same time period, which made up approximately one-third of all opioid abuse reports and 1.4% of the state’s population. These numbers were higher than the national average at the time.

More recent data suggests that fentanyl, a strong synthetic painkiller, may be a main cause of the resurgent opioid epidemic in the state.

In 2021, fentanyl was involved in over 75% of heroin, cocaine, and methamphetamine overdose deaths, according to numbers from the Ohio Department of Health.

From 2017 to 2019, there was a yearly average of 1.5 million Ohioans who reported some form of marijuana use, which was approximately 15% of Ohioans. These numbers are slightly lower than the national average at the time.

While marijuana may not be viewed as a high-risk drug, it is currently an illegal drug in the state of Ohio. Possession of the drug, when searched by law enforcement, may be punishable by jail time, fines, or both.

Rates of alcohol use among adolescents were similar to the national average in this time period.

Abusing alcohol or illicit drugs can have severe health effects, up to and including drug overdose.

To combat opioid overdose rates, the Ohio Department of Health may provide free naloxone kits to all residents. Naloxone can reverse the effects of opioid overdose and save a victim’s life, and can be administered without medical training.

Long-term addiction services in Ohio can help reduce the drug problem in the state over a long period of time. These programs aim to reduce dependency on dangerous drugs and educate patients on lower-risk alternatives to drug use.

At Ohio Recovery Center, we offer medical detox and inpatient treatment under the same roof. To find out if our substance abuse treatment program works for you or your loved one, please contact us today.