Binge drinking is defined as drinking at least 4 to 5 alcoholic beverages in a short period of time. Binge drinking can cause severe impairment, an increased risk of injury, and long-term health problems. 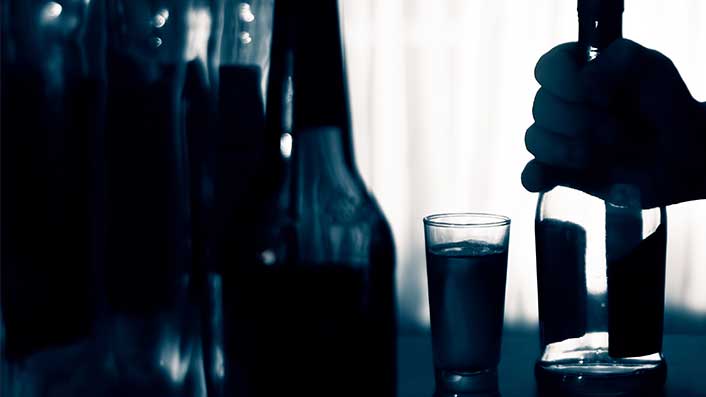 In 2020, 17.7% of Ohio adults reported at least one instance of binge drinking or heavy drinking in the past 30 days. This number is similar to the national average. Excessive alcohol consumption in Ohio can be treated through various programs.

Binge drinking is defined as a pattern of drinking which raises the blood alcohol concentration (BAC) to 0.08 percent or higher. In the average man and woman, this BAC can occur after 5 or 4 alcoholic drinks, respectively.

After binge drinking, you may feel the intense effects of alcohol, such as:

Although it is not a form of AUD, binge drinking can still be a high-risk form of drinking alcohol that can be detrimental to your health.

Excessive drinking is linked to a higher risk of unintentional, life-threatening injuries, such as car crashes, drowning, and falls.

A high-risk pattern of drinking can impair a person’s judgment and decision-making. Binge drinking is linked to a greater risk of contracting sexually-transmitted diseases, initiating or being a victim of sexual assault, and violent behavior.

Blackouts, which are gaps in a person’s memory following the consumption of alcoholic drinks, can occur after binge drinking. Blacking out can reduce a person’s ability to make decisions and coordinate themselves. Blackouts may also occur before suffering alcohol poisoning.

Brain development continues into adolescence. Patterns of underage drinking in adolescents 12 to 17 can inhibit key parts of brain development, due to how alcohol affects the brain.

Young people who binge drink repeatedly may experience cognitive deficits later on in life, which may not have occurred without the presence of alcohol.

Binge drinking infrequently may not constitute an alcohol use disorder. However, the presence of alcohol in the body can still lead to chronic diseases and conditions after months or years of binge drinking.

Binge drinking may be a risk factor for an weakened immune system, heart disease, liver disease, brain damage, and various forms of cancer.

If you or a loved one struggle with excessive drinking, contact Ohio Recovery Center for information on our alcohol treatment program. We provide professional healthcare services that can get your health back on the right track.