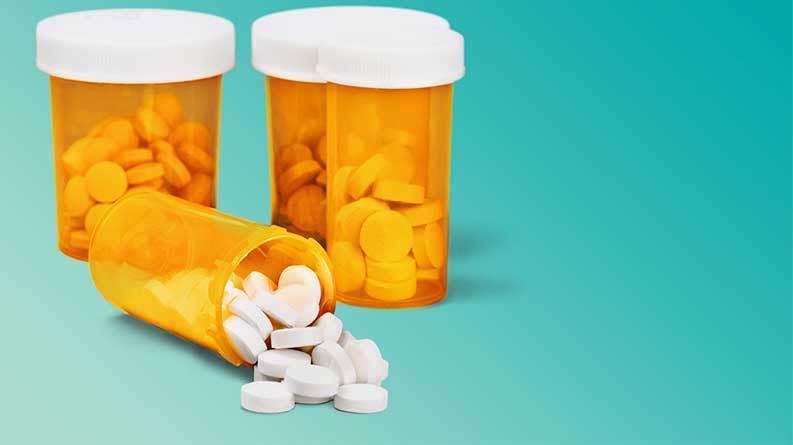 Benzodiazepines are prescription drugs that depress the central nervous system (CNS). Benzodiazepines, sometimes referred to as “benzos,” belong to a class of drugs known as sedatives.

According to the Drug Enforcement Administration (DEA), this prescription drug is part of the schedule IV drug class, meaning that benzodiazepines have the potential for abuse and addiction. In fact, most people who develop an addiction initially received a benzodiazepine prescription.

Benzodiazepines are used to treat those with alcohol withdrawal, muscle spasms, panic attacks, and anxiety disorders like panic disorder.

Although the use of benzodiazepines in this manner can be helpful when taken as prescribed, those who partake in benzodiazepine abuse may develop a benzo addiction that can cause a number of serious and life-threatening symptoms,

One of the serious side effects of taking benzodiazepines is the possibility of developing physical dependence. Long-term benzodiazepine use can also lead to psychological dependence, which can lead to a person taking higher doses than prescribed or abusing the drug.

According to the Substance Abuse and Mental Health Services Administration (SAMHSA), one of the main side effects of benzodiazepine use is sedation.

Because of this appealing effect, some choose to abuse the drug, which can lead to addiction. Some of the examples of benzodiazepine prescription drugs that are commonly abused include:

Benzodiazepines work by enhancing the effects of the neurotransmitter gamma-aminobutyric acid (GABA). When a person takes benzodiazepines for an extended period, certain receptors in the brain change structure and function.

In fact, benzodiazepines increase dopamine in the brain. Those with a benzodiazepine addiction may seek out this side effect to experience feelings of euphoria.

Some of the short-term side effects of benzodiazepines include:

Those who participate in long-term use of benzodiazepines have an increased risk of developing dependence and addiction. According to the National Alliance on Mental Illness (NAMI), some of the side effects a person may experience with long-term use include:

Those participating in benzodiazepine abuse who develop an addiction may exhibit a number of warning signs.

Warnings signs of prescription drug addiction can include:

Taking high doses of benzodiazepines can increase the effects of the drug and cause one to experience heavy sedation, which can also lead to a number of accidents such as falls, drownings, or motor vehicle accidents.

Benzodiazepine withdrawal is a sign of addiction that can be serious, especially if a person tries to quit the medication “cold turkey.” According to the National Institute on Drug Abuse (NIDA), some of the symptoms of withdrawal may include:

Combining other medications with benzodiazepines can be a sign of addiction that can lead to serious health consequences, especially if benzos are mixed with opioids, legal or illicit.

Mixing benzodiazepines with CNS depressants such as alcohol can increase sedation, leading to possible complications such as respiratory depression and overdose.

If you or a loved one are seeking to undergo addiction treatment, it’s important to know some of the treatment options.

The detoxification process is one of the first steps in managing drug addiction. Detox programs allow your body to rid itself of unwanted toxins caused by continued drug abuse under medical support and supervision from healthcare professionals.

Detox is a short-term process that may also include medications to alleviate severe withdrawal symptoms, nursing care, and other tools to prepare you for addiction treatment.

Various cognitive behavioral therapies can be beneficial for those suffering from addiction. Group therapy may also be part of a treatment plan, which is incorporated throughout the treatment day in both inpatient and outpatient rehab programs.

To find out if our inpatient treatment center is right for you or a family member, please contact Ohio Recovery Center today.