Abusing meth for a long period of time can result in meth addiction. Meth addiction treatment programs use evidence-based methods to reduce a person’s dependency and unsafe meth use. 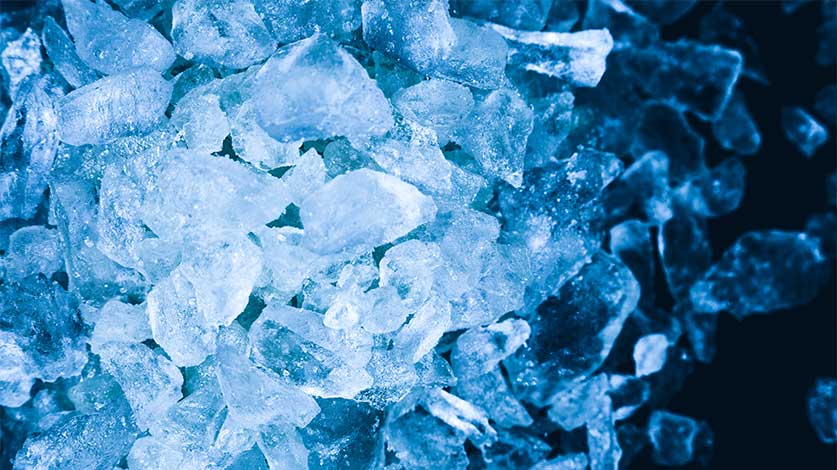 Methamphetamine is a potent substance with high abuse potential. Abusing meth for a long period of time can result in meth addiction, also known as methamphetamine use disorder.

Methamphetamine has one approved medical use in Desoxyn, which can treat attention deficit hyperactivity disorder (ADHD) and chronic obesity.

Meth is also a prolific illicit drug in the form of crystal meth, a highly addictive substance. Street names for illegal forms of meth include tweak, crank, and speed.

Chronic meth use can cause a decline in physical and mental health, but people who suffer from methamphetamine abuse may have difficulty to stop using. Dedicated meth addiction treatment programs can use evidence-based methods to reduce a person’s dependency and unsafe meth use.

Methamphetamine is a strong amphetamine, a type of drug that affects dopamine levels in the central nervous system.

High amounts of the neurotransmitter dopamine can cause a euphoric rush or high, in which a person may experience increased alertness, wakefulness, energy, and excitability.

The rapid release and subsequent decrease in dopamine levels can cause a person to desire methamphetamine after the effects wear off. This can lead to binges in which large amounts of the drug are ingested in a short period of time.

Meth’s effects on the brain and its ability to reinforce drug-taking behavior can make it a high-risk substance. Methamphetamine is a schedule II controlled substance in the United States due to its high potential to cause substance use disorders.

Methamphetamine addiction can have serious long-term side effects. Meth mouth, a state of severe gum and tooth decay, may be seen in patients with a history of heavy meth use.

Other health effects associated with heavy meth use include irregular heart rate and high blood pressure.

The excitability methamphetamine can cause can lead to more frequent engagement in risky behaviors. Behaviors such as unprotected sex and sharing needles can increase the chances of contracting blood-borne diseases, such as HIV or hepatitis.

Long-term drug use of methamphetamine can reduce the brain’s ability to transport dopamine. Reduced dopamine capability in the brain can lead to cognitive decline, which has been observed in people abusing methamphetamine.

Chronic meth abuse may be a risk factor for methamphetamine overdose, a condition where meth can reach toxic levels in the body. Meth overdoses may be defined by a dangerously high body temperature, which can lead to cardiovascular collapse, stroke, and death.

Illicit methamphetamine may be mixed with potent opioids such as fentanyl, and ingested without the buyer knowing. Around 50 percent of methamphetamine overdose deaths in 2017 also involved fentanyl.

Ingesting or snorting a mixture of illicit drugs can be more dangerous than taking each drug on its own.

Methamphetamine addiction can have visible signs to others. Victims of chronic meth abuse may exhibit:

Meth withdrawal can occur in a person with a physical dependence on meth, when they do not take the drug for some time. Withdrawal symptoms of meth may include depression, tiredness, and intense drug cravings.

If you see a family member or loved one exhibiting any signs of meth abuse, you may wish to hold an intervention, or get help for them by referring to a drug addiction treatment program.

In 2018, around 1.1. million Americans reported ongoing health problems due to meth use. Substance abuse treatment for meth abuse relies on group therapy and behavioral therapy to identify and avoid triggers of high-risk drug use.

Contingency management and motivational incentives may also benefit patients undergoing a treatment program. Treatment plans may attempt to recover a patient’s physical and mental health while supervising them during the withdrawal period in a managed detox program.

While amphetamine abuse treatment programs may vary between treatment centers, Ohio Recovery Center can help. We offer an accredited inpatient treatment program that could work for you or your loved one. To learn more, please contact us today.

How Long Does Meth Stay In Your System?

Learn more about How Long Meth Stays In Your System

Can You Snort Meth?

Yes, meth can be snorted. However, snorting meth can lead to a variety of adverse effects including nosebleeds, high blood pressure, and organ damage.

What Happens When You Smoke Meth?

When a person smokes meth, they may experience a rush of euphoric sensations due to how quickly the drug enters the bloodstream. These effects wear off quickly which can lead to feeling a “crash.”

Smoking meth can also cause health complications including breathing problems and lung damage.

How Much Does Meth Cost In Ohio?

In Ohio, meth costs about $80 per gram and $200 for 3.5 grams (an eight-ball). Meth street prices can vary depending on location, purity, quantity, and your relationship with the dealer.

Is It Possible To Identify Fake Meth?

Fake meth can be identified with reagent or melting point testing. The same tests can be performed on counterfeit pills that contain meth. Identifying fake meth before ingesting it can lower the risk of serious side effects.

Learn more about How To Identify Fake Meth

A meth high feels like an intense rush of euphoria. You’ll also likely feel energetic, talkative, and more alert. The drug may also make you feel paranoid, confused, and aggressive.

Learn more about What A Meth High Feels Like

Depending on the drug’s form, meth can look like a white crystalline powder, transparent crystals or shards, round tablets or pills, and a gooey oil or liquid.

Does Meth Have A Noticeable Smell Or Odor?

Meth can have a bitter taste and smell. However, some sense no odor. Since numerous chemicals are used in the making of meth in meth labs, meth can also have a chemical-like smell and taste.

What Is Meth Cut With?

Meth is sometimes cut with methylsulfonylmethane (MSM), caffeine, fentanyl, and other cutting agents. These cutting agents can increase the volume or effects of meth, and can be dangerous when ingested.

What Happens When You Booty Bump Meth?

When a person booty bumps meth, they insert a syringe into their rectum to inject a mixture of liquid and meth.

When administered this way, a person experiences the effects of the drug instantly. However, serious side effects such as damage to rectal tissue and overdose may occur.