The Growing Meth Problem In Ohio

Recently, methamphetamine has been spreading throughout Ohio, including major cities like Akron, Cincinnati, Cleveland, and Columbus. 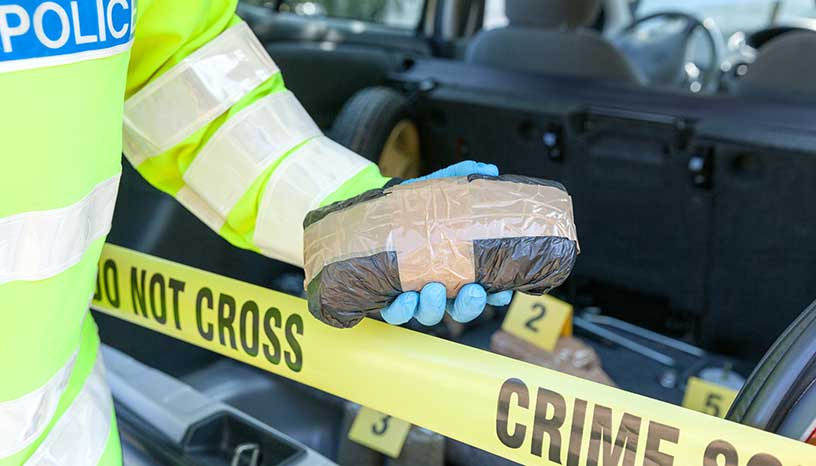 Like the rest of the country, Ohio has been overwhelmed by the opioid epidemic. However, in recent years, a non-opioid drug has also started wreaking havoc on the state: methamphetamine.

It consists of various ingredients, including medications like pseudoephedrine and amphetamine as well as dangerous chemicals like ammonia and sulfuric acid.

The Growing Meth Problem In Ohio

For many years, illegal meth use primarily occurred in rural Ohio. Recently, though, the drug has started spreading throughout the state, including major cities like Akron, Cincinnati, Cleveland, and Columbus.

In 2021, Ohio State Highway Patrol troopers found 148% more methamphetamine than they found in 2020, with Fairfield County troopers seizing over 300 pounds of the drug in just one year.

Similarly, in February 2022, Scioto County troopers seized about $108,000 worth of meth during a single traffic stop.

Also, according to the Ohio Alliance for Innovation in Population Health, the state’s number of overdose deaths involving meth and other stimulants rose over 5,000 percent between 2010 and 2017.

In the past, much of the meth in Ohio was manufactured by Ohio residents in local meth labs. Now, however, most of the state’s meth comes from Mexican drug cartels.

The meth produced by cartels is both cheaper and more potent than locally produced meth, which helps explain the drug’s surge in popularity.

Also, like many other states, the state of Ohio has designated a large majority of funds toward ending the opioid crisis. Far less money is spent on combating the meth problem, which allows it to grow.

Meth speeds up your central nervous system, boosting your mood and energy. However, the drug can also make you feel extremely anxious, irritable, and aggressive.

Other common side effects of meth include:

In addition, people who use meth face a high risk of overdose and addiction.

A meth overdose occurs when meth use causes life-threatening symptoms, such as:

If you or someone you know experiences these symptoms, call 911 right away. When left untreated, a meth overdose can be fatal.

You’re more likely to overdose on meth if the drug has been laced with fentanyl. Fentanyl is a highly potent synthetic opioid linked to numerous overdose deaths. According to state law enforcement, fentanyl often appears in Ohio’s drug supply.

Many drug trafficking organizations lace meth (and other drugs) with fentanyl to give buyers a stronger high and to cut production costs (as fentanyl is very cheap).

Meth addiction is a serious disease that makes you feel unable to stop using meth despite negative consequences. The most common symptoms are tolerance and physical dependence.

Tolerance means that over time, your brain gets used to the effects of meth. You’ll then need increasingly larger or more frequent doses to feel the desired effects. Physical dependence means your body starts relying on meth to function.

When you stop using it, you may experience withdrawal symptoms like:

Meth addiction can also make you withdraw from your loved ones and lose interest in activities you once enjoyed. Similarly, you might lose your motivation and struggle to meet your responsibilities at work, school, or home.

People who live with meth addiction should seek professional treatment. An effective treatment plan includes services such as: