Alcohol poisoning occurs when a person has consumed a large amount of alcohol during a short period of time. There are a number of dangers associated with alcohol overdose. 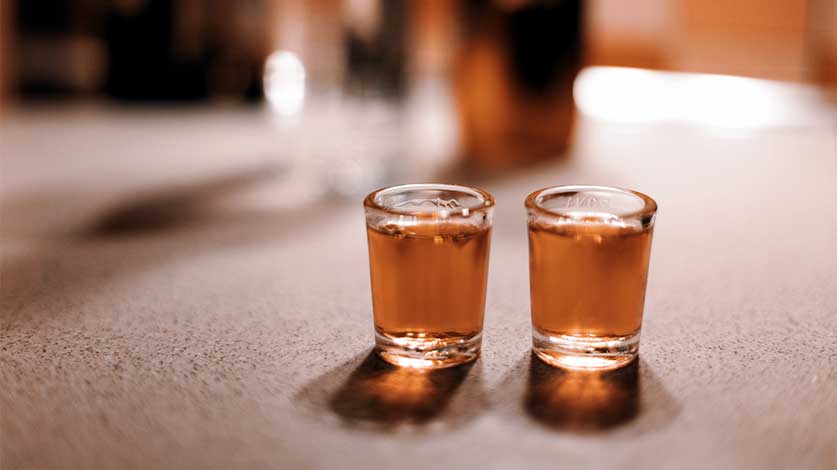 Alcohol poisoning occurs when a person has consumed a large amount of alcohol, sometimes during a short period of time. When a person has high levels of alcohol in their body, the blood alcohol concentration (BAC) increases which can eventually lead to a serious alcohol overdose.

Alcohol is a central nervous system (CNS) depressant and, when imbibed, may cause slurred speech, impairment, and sedation. The effects of alcohol range in severity, depending on the type of alcohol abuse that takes place.

According to the Centers for Disease Control and Prevention (CDC), excessive alcohol use includes:

Those who participate in drinking alcoholic drinks in excess can more easily experience alcohol poisoning.

For those who drink alcohol frequently, it might be difficult to recognize the impact drinking has on your body. Heavy drinking is considered a form of alcohol abuse.

According to the National Institute on Alcohol Abuse and Alcoholism (NIAAA), the medication naltrexone may help people to reduce heavy drinking. Heavy drinking may lead to binge drinking, which can cause a serious risk of developing alcohol poisoning.

The CDC also states that binge drinking is when large amounts of alcohol are consumed, increasing the BAC level to 0.08% or higher in a short timeframe. Blood alcohol levels may not be the same for men and women.

For instance, men who have had at least 5 alcoholic beverages within a short period of time, such as two hours, are considered to be binge drinking. Women who consume 4 or more drinks during a single occasion may also be participating in binge drinking.

There are a number of dangers associated with alcohol overdose, especially for those who drink excessively on an empty stomach. When this happens, your body absorbs the alcohol more quickly which can lead to severe dehydration.

If a person participates in binge drinking, they may experience passing out or blackouts that can cause a person to choke on their own vomit. When this happens, a person may die due to asphyxiation.

In addition to this, those who drink large amounts of alcohol can experience poor judgment, slowed reaction times, and loss of motor skills. This can lead to problems such as:

Binge drinking and heavy drinking should be avoided in order to prevent alcohol poisoning. If you suspect an alcohol overdose has occurred, seek medical attention and call 911 immediately.

Alcohol Use Disorder Treatment In Ohio

If you or a loved one are struggling with alcohol abuse, alcohol treatment options and mental health care is available.

At Ohio Recovery Center, we provide a number of treatment programs such as:

To learn more about our treatment options, please contact one of our healthcare professionals today.