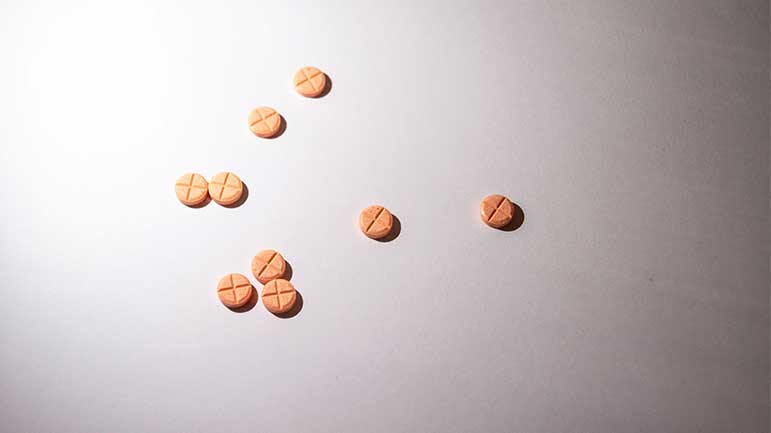 Adderall (brand name for amphetamine and dextroamphetamine) is a prescription stimulant medication used to treat those suffering from attention deficit hyperactivity disorder (ADHD) and certain sleeping disorders such as narcolepsy.

This prescription drug is considered a Schedule II controlled substance according to the United States Drug Enforcement Administration (DEA).

Adderall increases the norepinephrine and dopamine levels in the central nervous system (CNS). When Adderall binds to these receptors over time, a person may grow more interested in feeling the effects of the drug. This can lead to a potential Adderall addiction.

Side Effects Of Adderall Use

Taking Adderall can lead to a number of side effects, whether you take the medication for short-term or long-term use.

Although helpful in treating ADHD and narcolepsy, the use of Adderall can cause a variety of side effects. Some of the short-term side effects may consist of:

In addition to the short-term side effects that Adderall can cause, long-term use may lead to:

The use of Adderall may be prevalent among young adults, especially high school or college students, according to the Substance Abuse and Mental Health Services Administration (SAMHSA).

Adderall can be used as a study drug to “cram” for an exam the night before the test.

Adderall may also be abused by those wishing to obtain weight loss. Although this may be a side effect of taking the drug, it can become more severe in those who participate in snorting Adderall.

Snorting Adderall can increase the effects one experiences when taking the drug. Those who snort the drug will do so by crushing the pill into a powder. Continuous use of Adderall in this manner may result in:

If one has developed an addiction to Adderall, they may seek out the drug in other ways. To achieve the desired effects, a person may turn to other prescription or illicit drugs. However, those who take Adderall should avoid:

Those who abuse Adderall by snorting or by taking higher doses of the drug may experience a life-threatening overdose. The United States Food and Drug Administration (FDA) states some of the symptoms of an Adderall overdose may include:

If you suspect an Adderall overdose has occurred, contact 911 immediately.

Adderall addiction treatment involves a number of treatment options. Finding a treatment center for your drug addiction can be your first step toward lasting recovery.

One of the first steps taken in a treatment facility may consist of detoxification. Detox allows your body to rid itself of unwanted chemicals and toxins. This process may only last short-term. However, a medical professional will supervise you during withdrawal.

If you or a loved one are struggling with drug use, consider Ohio Recovery Center. To learn about our inpatient treatment program, please contact one of our healthcare professionals today.