Carfentanil is a potent fentanyl analog with no approved uses in humans. In Ohio, carfentanil may be sold as other drugs to unsuspecting buyers, which can increase the risk of fatal overdose. 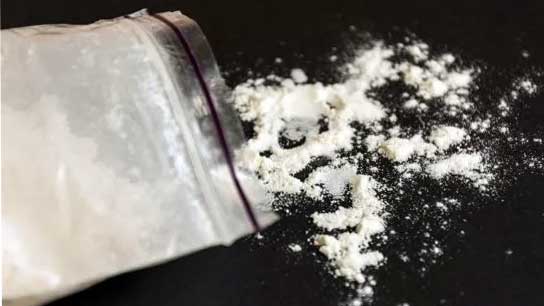 Carfentanil is a fentanyl analog, or substance with a similar structure to fentanyl. It can be about 100 times more potent than fentanyl when comparing equivalent doses. Carfentanil may be sold as a tranquilizer for large animals, and may have no legal uses in humans.

Use of carfentanil in any form may be a form of substance abuse. Reports from Ohio law enforcement from 2016 suggest that carfentanil is readily available in Ohio. In 2021, an Akron, Ohio man pleaded guilty for distributing carfentanil and received 20 years in prison.

However, toxicology reports and the total number of overdose deaths in 2021 are still undergoing collection as of this writing, and it’s unknown whether these statistics increased or decreased from 2020.

In Ohio, carfentanil can be marketed and sold as other opioids, such as fentanyl or oxycodone. When buying these drugs on the illicit drug market, a buyer may not know they are buying a dangerous fentanyl analog or mixture containing carfentanil until they ingest it.

Carfentanil may not appear on fentanyl test strips, which can test for fentanyl in illicit drugs.

High amounts of drug seizures from law enforcement may be a sign of high carfentanil supply in the area. Data from 2014 to 2017 suggested a link between the locations of drug trafficking operations and overdose fatalities, a trend that may continue in major Ohio cities like Columbus.

Taking carfentanil can cause serious side effects, such as:

Taking a strong synthetic opioid like carfentanil can decrease the pleasure caused by weaker illicit or prescription opioids, such as heroin, codeine, or fentanyl. Victims of carfentanil use may become addicted to the drug without realizing it.

Carfentanil is unregulated on the Ohio illicit drug market, and a fatal dose of carfentanil may be present in pills sold as fentanyl or prescription painkillers.

Carfentanil has a high risk of overdose. Opioid overdose victims may be given naloxone to reverse life-threatening symptoms of overdose.

The state of Ohio considers widespread fentanyl and fentanyl analog use a public health problem, similar to illicit drugs like methamphetamine. The potency and abuse potential of these drugs may lead some to look for treatment options for drug abuse.