Addiction is fully treatable. If you think you or a loved one is struggling with the disease, seek help at an inpatient or outpatient drug addiction treatment center. 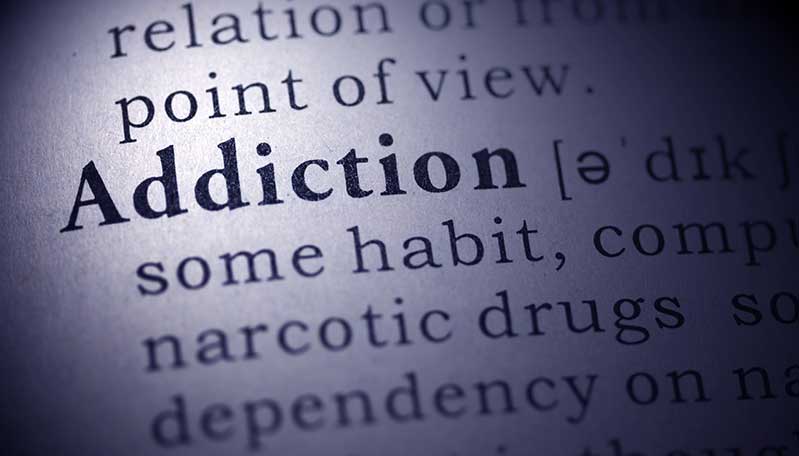 According to the National Institutes of Health (NIH), 10 percent of American adults will experience drug addiction at some point in their lives. Like other diseases, it can cause life-threatening complications when left untreated.

Here’s what you should know about drug addiction and how to treat it.

What Is Drug Addiction?

Drug addiction (substance use disorder) is a disease that makes you feel unable to control your drug use. It occurs when repeated drug abuse disrupts your brain’s use of dopamine.

Dopamine is a brain chemical associated with pleasure and reward. Your brain releases it during pleasurable activities like eating and having sex.

Drugs of abuse cause an excess surge of dopamine. Over time, this excess dopamine causes your brain to produce less dopamine naturally. That means you will find it difficult to experience pleasure without drugs. This effect can quickly lead to addiction.

The most common symptoms of drug addiction are cravings, tolerance, and physical dependence.

Tolerance means you need increasingly larger or more frequent amounts of a drug to feel the desired effects. Physical dependence means you experience unpleasant withdrawal symptoms, such as anxiety and shaking, when you don’t use drugs.

People abuse and become addicted to many different types of drugs, including alcohol, illegal drugs, and prescription drugs.

Although alcohol is one of the most popular drugs in the world, it’s highly addictive when abused.

Illegal drugs (also called illicit drugs) are substances that are tightly regulated by the government because they pose a high risk of abuse and addiction. The most commonly abused illegal drugs include:

Prescription drugs are generally safe when used as prescribed. However, you may become addicted to a prescription drug if you use it in a manner not prescribed by your health care provider. For example, you might:

The most commonly abused prescription drugs include:

According to the National Institute on Drug Abuse (NIDA), drug addiction can increase your risk of various health problems, such as:

The specific health problems you face depend on the drugs you use. For example, stimulants like meth and cocaine pose a high risk of heart attack and stroke, while hallucinogens like LSD often cause hallucinations.

In addition, abusing any drug can lead to overdose. A drug overdose is a medical emergency that can cause permanent brain damage or death when left untreated.

Along with causing physical and mental health problems, addiction can wreak havoc on your personal life.

That’s because addiction makes it difficult to think of anything besides getting and using drugs. As a result, you may have trouble maintaining relationships with your friends and family members.

You may also struggle to keep up with work, school, or other responsibilities. That’s why some people with addiction experience financial difficulties, job loss, and homelessness.

Anyone can struggle with drug addiction. However, certain factors increase your risk of developing the disease. These factors include:

Some people have a genetic predisposition to addiction. In other words, if you have a family history of the disease, you’re more likely to develop it yourself.

You face a higher risk of drug abuse and addiction if you surround yourself with people who abuse drugs. In most cases, young people are particularly vulnerable to this type of peer pressure.

You may also develop addiction if you use drugs to ease stress, grief, and other emotional issues.

The younger you are when you start using drugs, the more likely you are to develop addiction. That’s because your brain is more susceptible to the effects of drugs when it’s still developing.

Addiction is fully treatable. If you think you or a loved one is struggling with the disease, seek help at an inpatient or outpatient drug addiction treatment center.

When you enter a treatment facility, a team of medical professionals will help you create a personalized treatment plan. Depending on your needs, this plan will include services such as:

To learn more about substance abuse and addiction treatment programs, please contact Ohio Recovery Center. We offer a variety of evidence-based treatment approaches to help you or your loved one stay drug-free.