Home › 5 Most Dangerous Drugs In Ohio

The 5 Most Dangerous Drugs In Ohio 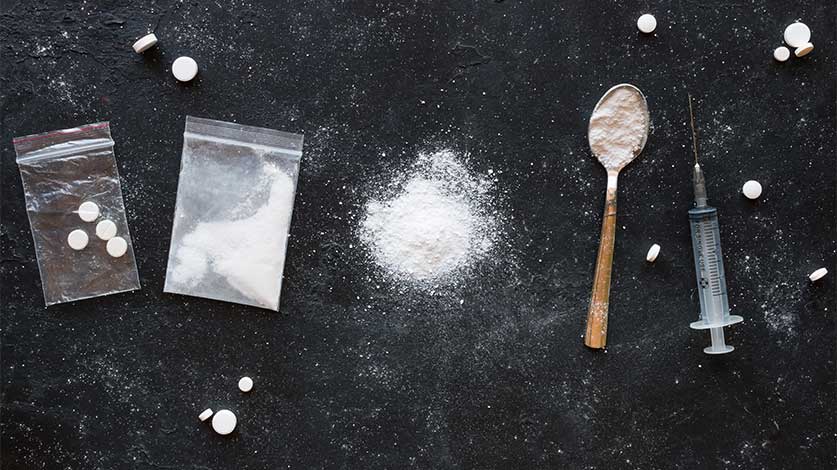 According to the Ohio Department of Health, 5,083 Ohio residents died of drug overdoses in 2021. That’s the highest number ever recorded in the state.

Like other U.S. residents, Ohioans struggle with many different types of drugs. However, some substances are riskier than others. Here are the five most dangerous drugs in the state.

In 2020, 25% of unintentional drug overdose deaths among Ohioans involved cocaine.

Cocaine is a white powder made from the leaves of the coca plant. As a stimulant drug, it causes a rush of energy, confidence, and euphoria (intense joy). It can be snorted, smoked, or cooked into smokeable rocks called crack cocaine.

No matter how you use it, cocaine enters your system very rapidly. Because of this, it poses a high risk of overdose. Common symptoms of cocaine overdose include:

When left untreated, a cocaine overdose can lead to a seizure, heart attack, or stroke.

Cocaine also comes with a high risk of drug addiction (also called substance use disorder). Many Ohioans who are addicted to cocaine want to stop using the drug but feel unable to quit on their own. Like other addictions, cocaine addiction requires professional treatment.

In recent years, the stimulant drug methamphetamine (or “meth”) has become increasingly deadly for Ohio residents. In 2021, the drug was involved in 25% of the state’s overdose fatalities, compared to only 3.1% in 2015.

Meth is a powder that’s made from a variety of dangerous chemicals, including anhydrous ammonia, sulfuric acid, and ether. The powder can be snorted, injected, or eaten. Some people also use the powder to make pills or smokeable rocks called crystal meth.

Because it’s so potent, meth has been linked to many serious health problems, including:

Also, meth poses a high risk of addiction and life-threatening overdose. Common signs of a meth overdose include:

Other life-threatening risks of alcohol abuse include:

Made from an opiate (natural opioid) called morphine, heroin is a white or brown powder or a black goo. It’s typically injected, snorted, or smoked. Like other opioids, it acts as a painkiller. It also causes relaxation and euphoria.

According to law enforcement agencies, many Ohioans turn to heroin after developing prescription opioid addictions. Once their prescriptions run out, they often find that heroin is much cheaper than other opioids sold on the illegal drug market.

Heroin is classified as a Schedule I controlled substance. That means it has no currently accepted medical use and poses an extremely high risk of abuse and addiction. The most common risks of heroin abuse include:

Fentanyl is a prescription drug used to treat severe cancer pain. According to the Centers for Disease Control and Prevention (CDC), it’s up to 50 times more powerful than heroin.

Some drug trafficking organizations illegally manufacture fentanyl and secretly add it to other illicit drugs.

Common symptoms of a fentanyl overdose include:

If you or someone you love struggles with drug use, please contact Ohio Recovery Center. Our substance abuse treatment programs offer medical detox, mental health counseling, and many other forms of inpatient, evidence-based care.