Home › Heroin Use In Ohio

Heroin Use In Ohio | What You Need To Know

While heroin causes issues all over the country, it’s been particularly problematic in Ohio. People who use heroin face a high risk of both addiction and overdose. 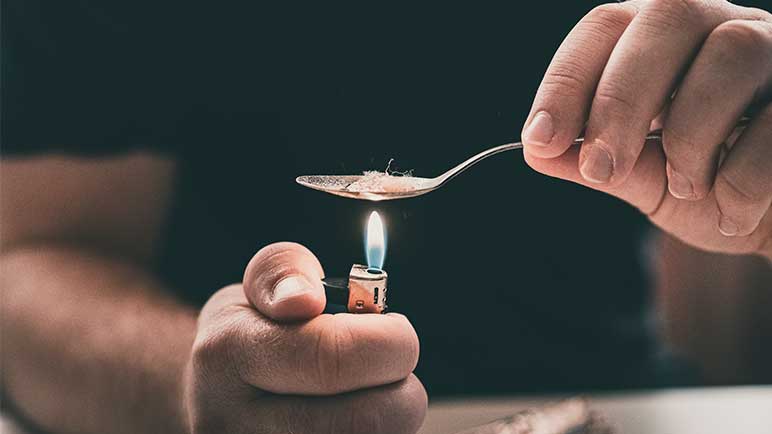 Heroin is an opioid drug made from the opiate (natural opioid) morphine. It causes a rush of relaxation and joy. However, it also poses a high risk of serious health problems, including drug addiction (also called substance use disorder) and overdose.

While heroin causes issues all over the country, it’s been particularly problematic in Ohio.

Heroin Use In Ohio

Ohio is considered “ground zero” for the opioid crisis.

When their prescriptions run out, they may turn to heroin as a cheaper and more accessible alternative. Indeed, on the street, a small bag of heroin can cost as little as $5. In contrast, a single oxycodone pill often costs $20.

Like people in other states, Ohioans report higher rates of heroin use during times of stress.

For example, in the first few months of the COVID-19 pandemic, heroin use in Ohio increased 35 percent. This is because some people see heroin as a cheap way to ease anxiety, depression, loneliness, and other mental health concerns.

Unfortunately, while heroin might not be expensive, it’s among the most dangerous opioids.

People who use heroin face a high risk of both addiction and overdose.

Heroin is usually snorted, injected, or smoked. All of these methods send the drug to your brain very quickly, which makes it highly addictive. Heroin addiction is a serious disease that makes you feel unable to stop using heroin. Other symptoms include:

People with symptoms of heroin addiction should seek help at a substance abuse treatment program.

A heroin overdose occurs when you use enough of the drug to produce life-threatening symptoms. Since the drug is so powerful, you could overdose when using heroin for the first time.

Common signs of heroin overdose include:

If you or someone you know experiences these symptoms, call 911 right away. You should also administer naloxone if you have it.

Naloxone (brand name Narcan) is a medication that can quickly reverse the effects of an opioid overdose. You can get it from most pharmacies without a prescription.

Although heroin itself is highly dangerous, the drug becomes even more deadly when it’s laced with fentanyl. Fentanyl is a synthetic (human-made) opioid that’s up to 50 times stronger than heroin.

In recent years, many drug traffickers have started lacing heroin with fentanyl to give buyers a stronger high and cut production costs since fentanyl is very cheap to manufacture.

Most drug dealers don’t tell buyers when a drug contains fentanyl. That means that every time you buy heroin, you could unknowingly ingest fentanyl.

Along with addiction and overdose, heroin can also cause:

If you or a loved one struggles with heroin, contact a drug addiction treatment center. These centers offer a variety of evidence-based treatments, including: