Smoking heroin quickly causes a short-lived yet euphoric rush or high. However, the risks of smoking heroin include health concerns like lung infections, overdose, and dangerous drug use. 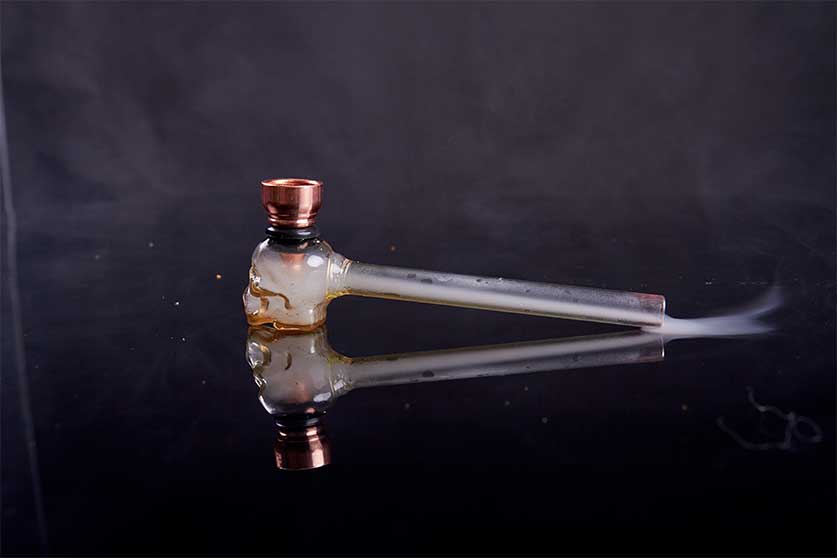 Heroin is considered an opioid drug. It is derived from the opium plant and acts as an opiate when used. As a Schedule I controlled substance, heroin has a high potential for abuse.

Heroin affects the central nervous system (CNS) in the body, and smoking heroin is a form of drug abuse. This type of drug use allows the substance to enter your bloodstream quickly, and heroin smoking can cause severe life-threatening health problems.

According to the National Institute on Drug Abuse (NIDA), there are a number of side effects associated with smoking heroin.

In general, the effects of heroin include an initial surge of euphoric feelings or what some may describe as a “rush.” Afterward, the effect dissipates quickly, causing sleepiness. Other side effects of smoking heroin may consist of:

One of the long-term side effects of smoking heroin may include the development of chronic obstructive pulmonary disease (COPD), pneumonia, and even a decline in lung function. In addition to this, fluctuations in heart rate can occur.

Those smoking heroin for long periods of time may develop serious health concerns such as damage to your lungs, esophagus, and mouth. A person may experience frequent lung infections as well as mouth sores due to the harsh substance being smoked.

When a person smokes heroin, they should know the risks of abusing the drug in such a manner. The Substance Abuse and Mental Health Services Administration (SAMHSA) states that heroin use disorder (HUD) can lead to significant cognitive impairment as well as serious withdrawal symptoms.

Some who smoke heroin and develop tolerance may turn to other drugs, but can also find alternative routes of administration to achieve the desired high. For instance, someone who once smoked the drug may turn to snorting heroin or injecting the drug.

Other people struggling with drug abuse in Ohio may choose to inject the drug using needles or syringes. Sharing needles can lead to diseases such as HIV or hepatitis. It can also cause blood clots, collapsed blood vessels, and abscesses on the skin.

A person may also turn to other substances such as crack cocaine or a number of prescription drugs such as benzodiazepines. CNS depressants should not be combined with heroin, as life-threatening breathing problems may occur.

Those using heroin along with other drugs may increase their risk of overdose if this type of substance use continues.

Those who take high doses of heroin, combine the drug with other medications, or take large quantities of heroin may find themselves exhibiting a number of overdose symptoms.

Some of the symptoms associated with a heroin overdose, according to the Centers for Disease Control and Prevention (CDC), may include:

If you suspect yourself or a loved one is suffering from an opioid overdose, contact 911 immediately. Once first responders arrive, they may administer naloxone, a medication used to help reverse the effects of an overdose on heroin.

For those of you struggling with opioid addiction and heroin abuse, consider Ohio Recovery Center.

At our inpatient treatment center in Van Wert, we offer a number of treatment programs like medication-assisted treatment with buprenorphine or methadone, behavioral therapy, group therapy, and aftercare. To learn more, please contact us today.