Home › What Is The Skin-Eating Drug Rizzy?

In Ohio, many drug dealers lace their products with dangerous additives. For example, some dealers lace heroin with Rizzy. Rizzy is a powder substance used to dye flower petals. When injected, it can cause skin necrosis, a serious condition that makes your skin resemble rotten flesh. 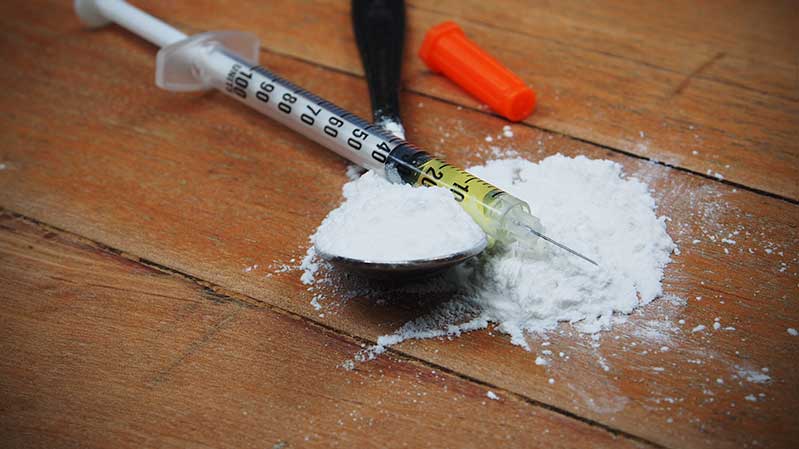 The drug becomes even more dangerous when it’s laced with additives. One of these additives has the name Rizzy.

What Is The Skin-Eating Drug Rizzy?

Rizzy is a powder substance that’s allegedly used to dye flower petals for centerpieces. However, researchers have not confirmed whether it’s actually used for this purpose. An online seller of Rizzy claims it’s toxic and should not be ingested.

In 2018, law enforcement officials in Alliance, Ohio, arrested a 25-year-old man who had been injecting heroin. At the injection site, the man had developed skin necrosis (tissue death due to a lack of blood and oxygen).

The skin on both of his arms was blackened and peeling, resembling rotten flesh. He said these symptoms were caused by heroin that had been laced with Rizzy.

After this incident, Alliance law enforcement issued a warning about Rizzy to police throughout the rest of Ohio.

Rizzy has caused similar effects in heroin users from other states. For instance, one woman developed small spots on her arms after her first injection. As she continued to inject the drug, the spots slowly grew into large, black and green scales.

Other symptoms of Rizzy-induced skin necrosis may include:

Treatment for this condition typically involves intravenous antibiotics, surgery to remove the dead tissue, and, in some cases, amputation.

Why Do Drug Dealers Lace Heroin With Rizzy?

Like Rizzy, heroin is a powder substance. Because Rizzy resembles heroin, some drug dealers use it to increase the weight of heroin so they can charge more for it. In other words, they use it to trick buyers into thinking they are getting more heroin than they actually are.

Other powder substances used for cutting heroin include:

Most drug dealers understand the risks of Rizzy and other additives. However, they are willing to endanger their customers if it means they will turn a bigger profit.

Rizzy is not the only skin-eating drug that has played a role in the opioid epidemic.

Another drug with similar effects is an opioid called desomorphine. Like Rizzy, it can turn your skin green, black, and scaly. Due to this effect, it’s known by the street name “krokodil,” which is pronounced like crocodile.

Krokodil is mainly used in Russia. However, it has also been reported in the United States several times. Like other opioids, it poses a high risk of addiction and overdose.

How To Avoid Rizzy

It’s extremely difficult, if not impossible, to determine whether heroin has been laced with Rizzy. That means the only way to avoid Rizzy is to stop using heroin.

If you feel unable to do so, you may have heroin addiction.

Heroin addiction is a serious disease that makes you feel unable to control your heroin use. Because heroin is so powerful, even short-term use can lead to addiction.

The main symptoms of heroin addiction are tolerance and physical dependence.

If you stop using it, you may experience withdrawal symptoms such as anxiety, nausea, and shaking.

Other symptoms of heroin addiction may include:

If you or someone you love experiences these symptoms, seek help at a drug addiction treatment program in Ohio. These inpatient and outpatient programs provide treatment services such as:

To learn more about heroin addiction treatment options, please reach out to Ohio Recovery Center. Our board-certified treatment providers offer personalized, evidence-based inpatient care to help you or your loved one thrive.