Injecting cocaine can cause serious side effects like increased heart rate and body temperature, bacterial infections, abscesses on the skin, and an increased risk of a deadly overdose. 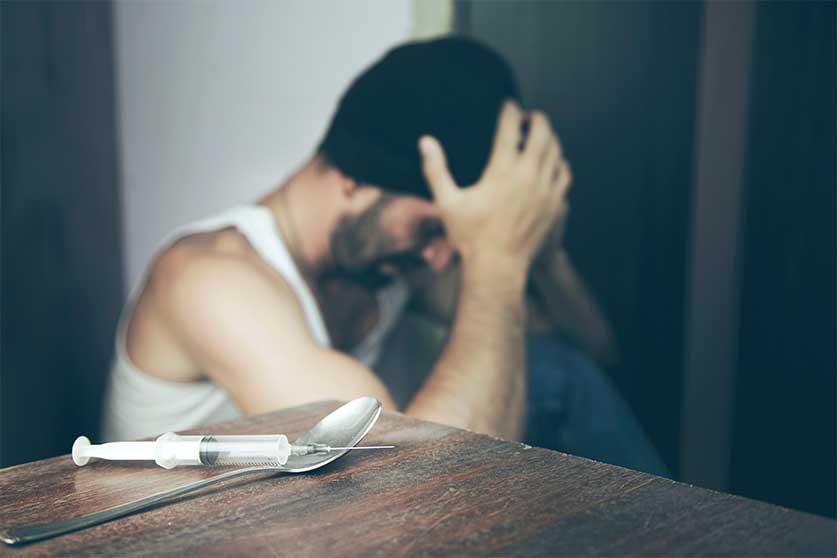 Cocaine is an illicit drug and a Schedule II controlled substance according to the United States Drug Enforcement Administration (DEA). It is a stimulant drug available in a number of forms.

Cocaine works by increasing the levels of the neurotransmitter dopamine in the brain. The central nervous system (CNS) is affected by this type of drug use, especially when cocaine is administered by intravenous injection.

Cocaine in its base form is known as freebase. This is sometimes referred to as crack cocaine. In order to abuse the drug, freebase cocaine must have hydrochloride removed by using an alkaloid such as baking soda.

There are several forms of cocaine including white powder cocaine which can be combined with water and injected into the skin. This creates an intense high and a number of serious side effects.

Injecting cocaine can lead to a number of serious side effects that range in severity.

Short-term side effects of this form of cocaine abuse may include:

Some of the long term side effects of injecting cocaine may include:

Other health problems caused by long-term cocaine use include kidney or liver damage, convulsions, and even psychosis.

Be sure to speak with your cocaine addiction treatment provider to help manage withdrawal symptoms.

There are a number of dangers associated with intravenous cocaine injection.

If a person shares needles with others participating in drug use, there is the potential of developing HIV/AIDS or hepatitis C. Sharing syringes poses certain health risks, and diseases can be transmitted at the injection site due to a contaminated needle.

Turning To Other Methods Of Abuse

Some who become accustomed to injecting cocaine may turn to other methods of abusing cocaine. For instance, snorting cocaine and plugging cocaine can also enter your bloodstream fast.

According to the National Institute on Drug Abuse (NIDA), snorting cocaine can also lead to serious side effects such as a deviated septum, a chronic runny nose, and persistent nosebleeds. Those who smoke cocaine can develop pneumonia, asthma, or respiratory diseases.

Some may also combine heroin with cocaine, a process known as speedballing. All forms of cocaine abuse can lead to health concerns such as an overdose.

Those who use cocaine in large quantities, and especially those who abuse cocaine intravenously, have an increased risk of overdose. In fact, according to the Substance Abuse and Mental Health Services Administration (SAMHSA), cocaine is involved in 1 of every 5 overdose deaths.

Some of the symptoms of a cocaine overdose may include:

If you or a loved one are experiencing any symptoms of an overdose, contact 911 immediately.

For those of you struggling with a substance use disorder, consider Ohio Recovery Center. At our inpatient treatment center, we provide a number of behavioral health treatment options such as:

To learn more about our substance use interventions, please contact us today.