How Long Does Cocaine Stay In Your System?

Cocaine can stay in a person’s system for up to 2 days after the last dose. The elimination time of cocaine can depend on a number of factors, including body fat and frequency of use. 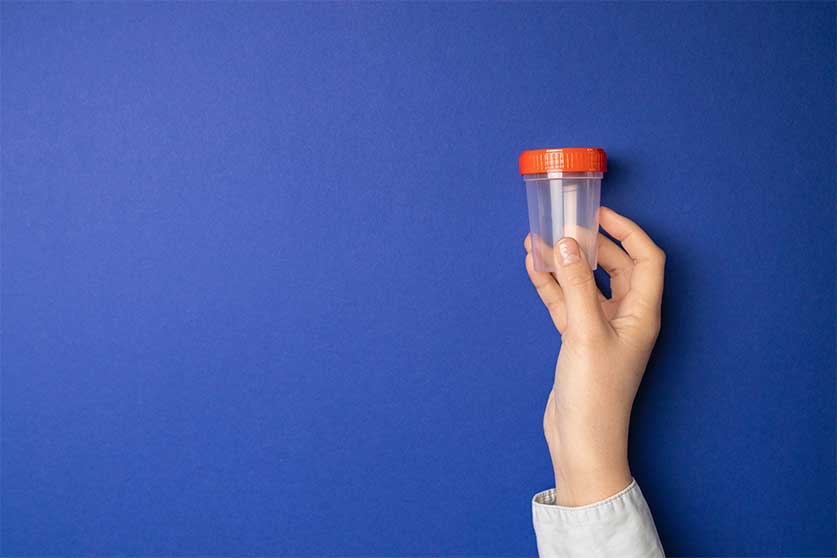 The effects of cocaine last for a short amount of time, but traces of the drug and its metabolites can remain in the blood, saliva, and urine after the drug wears off.

Drug testing can detect cocaine use for up to 2 days after the last use. These tests may be performed by employers, addiction treatment specialists, or healthcare professionals.

A positive test result for cocaine use can result in referrals to treatment programs, especially if a patient is deemed a threat to themselves or their surroundings.

Cocaine is an illicit drug and a common target of drug abuse in the state of Ohio. A large percentage of cocaine present in Ohio originates from South American countries such as Colombia.

A positive result for cocaine abuse on a drug test may warrant a referral to a treatment center.

Drug Testing For Cocaine Use In Ohio

Drug testing can detect the recent use of cocaine as part of a cocaine addiction treatment program, an employer conducting screenings for employees, or law enforcement collecting evidence.

Benzoylecgonine, the main cocaine metabolite also known as BE, has an average half-life approximately 5 times longer than the parent drug. The longer half-life of benzoylecgonine can make the metabolite more likely to appear on drug screenings than unchanged cocaine.

In Ohio, tests for cocaine ingestion may be common due to the drug’s high profile and the existence of regulated testing programs for cocaine.

How Long Does Cocaine Stay In Your Urine?

BE and cocaine detection can occur in urine samples up to 2 days after the last use, which is an average detection window for recent cocaine use.

Urine tests can be a common type of drug test in Ohio for employers and federally regulated programs, and may be overseen by the Ohio Department of Health.

How Long Does Cocaine Stay In Your Saliva?

Cocaine and BE can be detected in oral fluid anywhere between 8 to 48 hours after the last use. Saliva tests may have a short detection time compared to other forms of drug testing, but can be less invasive and more convenient.

Saliva tests may return inaccurate results if patients eat food or drink liquids shortly before the test. Patients may be advised to avoid eating or drinking for a short length of time to improve the chances of an accurate test.

How Long Does Cocaine Stay In Your Blood?

Cocaine and BE can be detected in blood up to 8 hours after the last use. The timeframe for detecting cocaine in blood may be shorter than other types of drug tests.

Blood tests may be conducted on patients showing side effects or cocaine withdrawal symptoms, such as agitation, depression, and increased appetite.

How Long Does Cocaine Stay In Your Hair?

Hair follicles can retain cocaine and BE up to 90 days after the last instance of drug use. Cocaine can reach hair through the bloodstream and remain there as the hair grows out.

Positive results on cocaine drug tests may have personal and legal consequences. Ohio residents may receive court-ordered treatment if they are deemed a threat to themselves or their loved ones.

Half-life refers to the period of time it takes for a drug to decrease to half of its peak concentration. After 5 half-life cycles, most drugs are virtually eliminated from the body.

The half-life of cocaine may be about 45 minutes to 90 minutes on average. Cocaine may remain in the body for about 4 to 7 hours after the last dose. The effects of cocaine, such as euphoria, excitability, high blood pressure, and increased heart rate, may only last for 5 to 30 minutes.

The method of cocaine use may also affect how long cocaine stays in your system.

Cocaine used through snorting or rubbing on the gums may take effect slower than smoking cocaine. Other factors such as drinking alcohol, body fat, and frequency of use can affect cocaine’s absorption and elimination times.

To find out if our substance use disorder treatment program works for you or your loved one, please contact Ohio Recovery Center. Our inpatient treatment including detox, therapy, and aftercare treatment options can address and remedy the mental health issues that can accompany cocaine abuse.