Snorting cocaine leads to a rapid onset of energy and euphoria, but adverse effects can include nosebleeds, runny nose, loss of smell, and a higher risk of overdose and addiction. 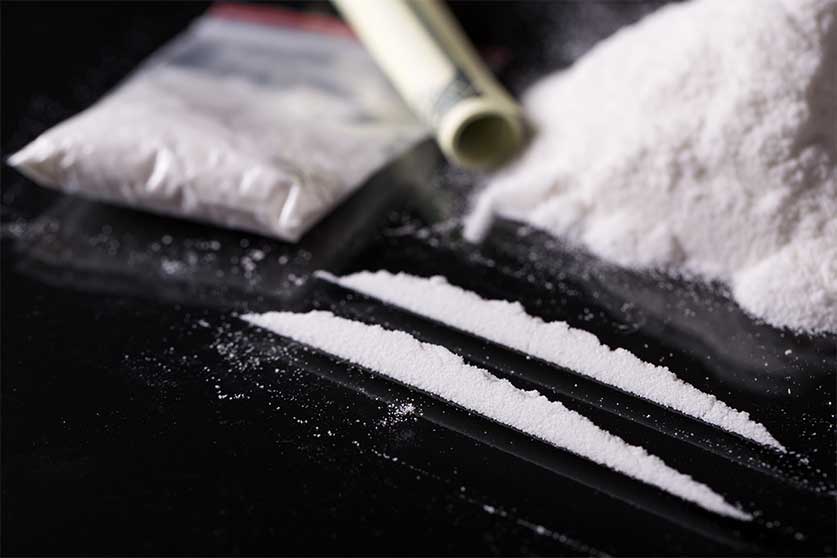 One of the most common ways of using powdered cocaine is by snorting it. Snorting cocaine is easy and doesn’t require much paraphernalia, as many snort cocaine with rolled up dollar bills or a straw.

When you snort cocaine, the stimulant drug goes directly into your bloodstream and brain, which quickly causes intense effects. Once cocaine hits the brain, a high level of dopamine is released causing feelings of energy and euphoria. This feeling leads to cravings for the drug and further cocaine use.

But the high that comes with snorting white powder cocaine is not the only effect that occurs. If you frequently snort cocaine, you may also experience a variety of negative side effects.

Some of the short-term side effects that come with snorting cocaine can include:

Due to addictive effects like euphoria, as well as the short-lasting cocaine high, those who snort cocaine may continue to “binge” for hours or even days on end, often increasing the amount for a steady high.

One of the short-term dangers of snorting cocaine is the risk of a cocaine overdose. Any cocaine use increases your chance of an overdose but snorting large amounts of cocaine makes it even more likely.

If you’re worried that you or a loved one are experiencing an overdose, there are some signs and symptoms you can look out for:

In Ohio, many cocaine-related overdose deaths in 2020 also involved fentanyl. Fentanyl is often used as a cocaine cutting agent, which increases the risk of overdose and sudden death when you snort cocaine purchased off the street.

The long-term effects of snorting cocaine may consist of:

Snorting cocaine over long periods of time can lead to tolerance, which means you need higher doses of cocaine to achieve the same high.

Tolerance is likely to lead to physical dependence, which means you may experience cocaine withdrawal symptoms when you stop use.

Both dependence and tolerance are signs of cocaine use disorder (cocaine addiction), which is defined by a continued pattern of use despite harmful consequences to your relationships, daily responsibilities, and overall life.

While no medication is FDA-approved to treat cocaine addiction, there are other forms of treatment that can help those who are struggling.

Cocaine addiction treatment options may include:

Treatment services are administered in inpatient and outpatient healthcare settings, and are individualized to meet patient needs.

For information on our inpatient substance abuse treatment center, please contact us today.