Bodybuilding is an intensive process and a major investment of personal time and energy. While stimulants are sometimes used to increase athletic performance, the illicit drug cocaine can actually damage and reverse muscle development in several ways. 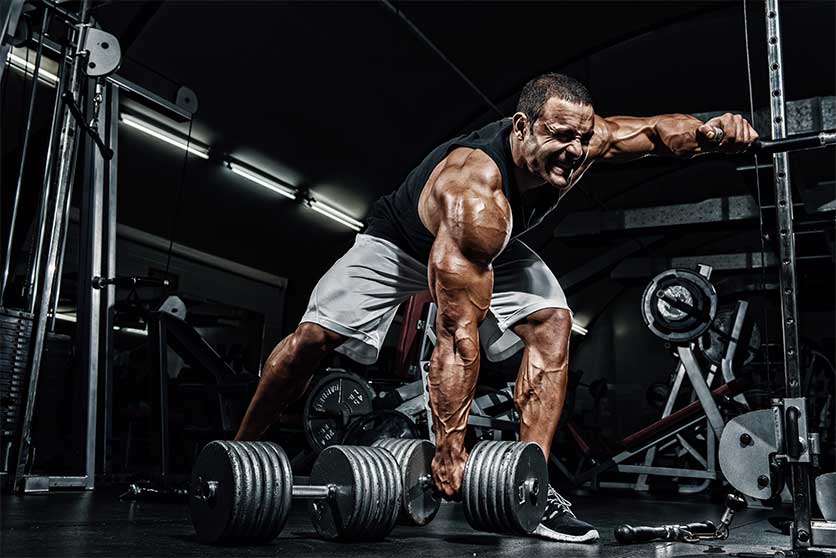 Bodybuilding is all about sticking to a process, growth, development, and the long, slow cultivation of results.

Cocaine, on the other hand, is a potent stimulant and illegal controlled substance used for immediate, short-term gratification with no regard for the long-term physical and mental damage it causes.

These two practices stand at direct odds with one another, and the damaging effects of cocaine drug abuse on bodybuilding can go much deeper still.

Cocaine can interfere with bodybuilding, as well as other athletic performance, in a variety of different ways.

While cocaine, even in small amounts, can increase energy, mood, and motivation for a short period of time, once it wears off the body will be left with a serious deficit in available dopamine and norepinephrine.

This can translate to a more depressed mood, lower motivation, and much lower energy than before the drug was taken, which can make it hard to stick to your long-term exercise regimen.

And while a second dose of coke may (temporarily) relieve these negative feelings, this back-and-forth process may quickly escalate into severe drug addiction and mental health crisis.

The increased epinephrine and norepinephrine levels that come with use of cocaine greatly increase muscle and liver glycogen breakdown inside the body. This can, in turn, greatly increase the rate of lactic acid buildup during workouts, interfering with muscle function.

A significant number of individuals who abuse cocaine also experience a serious and potentially lethal condition known as rhabdomyolysis, or muscle tissue breakdown.

Essentially, cocaine’s damaging effects on muscle tissue can be so severe that the muscles begin to break apart and leak protein and electrolytes into the blood.

These particles can have a devastating impact on the heart and kidneys, often leading to organ damage, organ failure, and permanent disability or death.

Cocaine has also sometimes been abused by athletes for its side effects related to reduced appetite. But while many see this as a positive, the effect is unpredictable and frequently leads to malnourishment, weight loss, insomnia, skin problems, and premature aging.

Cocaine’s long-term effects on the cardiovascular system can likewise be devastating, as the drug is strongly associated with conditions such as:

Cocaine abuse is  also known for its close relationship with numerous neurological conditions that include:

Bodybuilding involves building up and toning one’s muscle tissue well past the norm through a process of progressive resistance exercise and nutrition. It’s a hobby and lifestyle that many undertake competitively, while others are more interested in their own betterment and confidence.

While many individuals will body build using only a combination of diet and exercise, others use anabolic steroids and performance enhancing drugs for faster results.

Because of this, steroids are generally banned from competitions due to the extreme, unfair, and often dangerous effects they are known for.

Cocaine is a naturally occurring drug that works by stimulating the release of dopamine and norepinephrine in the central nervous system, leading to a temporary surge of energy, euphoria, and confidence. It can also increase heart rate, blood flow, and blood pressure for a brief period of time.

These effects have led to the drug, as well as amphetamines, caffeine, and other stimulants, being used as performance enhancers by competitive athletes in certain situations.

For instance, cocaine was used by some Olympians as early as the 1904 Olympic games and wasn’t banned by the Olympic Committee until 1985.

However, cocaine is also exceedingly addictive, and even taking small amounts of the drug as a pre-workout supplement to increase energy and focus can lead to increasing cocaine abuse over time, and eventual cocaine addiction.

If cocaine abuse is damaging your health or the health of a loved one, professional treatment is likely your best option for achieving a lasting recovery and rebuilding your personal health and wellbeing.

Proven treatment options for cocaine use disorder include: