Heroin Street Prices | How Much Does Heroin Cost On The Street?

Heroin costs $5 to $20 for a bag (one-tenth or one-twentieth of a gram). The price of street heroin can fluctuate depending on supply and demand, type of heroin, and purity. Cheap heroin feeds the opioid epidemic. 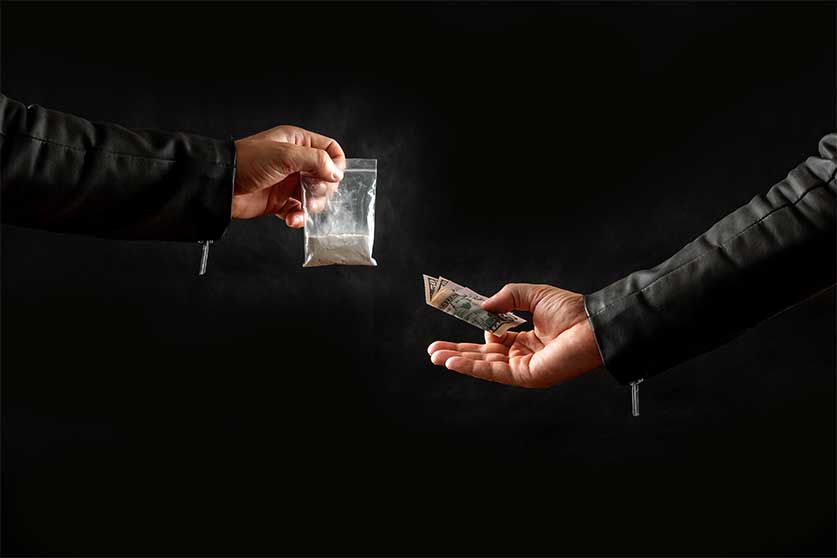 Heroin is an opiate and illicit drug that produces euphoria and sedation. It’s widely abused and highly addictive.

The street price of heroin has decreased dramatically in the last few decades, making it more accessible to the average person. How much it costs depends on factors such as where you are, what kind of heroin you buy, and how pure it is.

The Street Price Of Heroin

Today, the average price of a bag of heroin is $5 to $20. A bag is one-tenth or one-twentieth of a gram of heroin.

What Affects The Cost Of Heroin?

The cost of heroin isn’t the same no matter where you are—it varies a bit based on supply and demand, the type of heroin you’re buying, the purity of the heroin dealers are selling, and the quantity you purchase.

Generally, drugs cost less in more populated areas because more drugs are available, more people buy them, and there is more competition. The opposite is true in rural areas.

However, since a lot of heroin comes from Mexico and follows trade routes through the United States, some cities can get heroin easier than others, so they can afford to sell it cheaper.

The same rule as supply and demand applies here, though: black tar comes at a premium in places where it’s hard to get, and white power heroin may be the cheapest option where the supply is abundant.

Street drug dealers can afford to lower the price of heroin that’s cut with other substances. Adding talcum powder or lidocaine (an anesthetic) to a batch of heroin is a cheap way to make it go further. A bigger batch means more profit.

Many people who buy street drugs know they aren’t getting pure heroin. They’re still willing to buy it because pure heroin is hard to find and more expensive. But a dealer can’t charge a premium for adulterated heroin and expect to sell it if their customers are knowledgeable or if there’s any competition.

Street heroin may also have a lower price tag if it’s cut with other drugs—like fentanyl, an opioid that’s 50 to 100 times more potent than heroin. A little bit of fentanyl goes a long way—it gives a dealer a supply of potent heroin without the cost of a pure drug.

Buying in bulk can reduce drug prices too. Wholesale prices for heroin (the cost of a kilogram rather than a gram or bag) tend to be lower per gram. Some dealers may give you a discount if you’re a regular customer or buy large amounts at once.

The effects of heroin are similar to those of prescription painkillers like hydrocodone (Vicodin) and oxycodone (OxyContin). But heroin costs a lot less.

You can get hydrocodone on the street at $5 to $10 per pill. Oxycodone costs up to $30 per pill. That’s a single dose for the same price or more than a bag of heroin (several doses).

Prescription drugs are also much harder to get. Some are diverted from pharmacies, but with increasing laws to limit opioid distribution, there isn’t as much availability as there used to be. In Ohio, pharmacists cannot give someone more than a 90-day supply of synthetic opioids.

Some dealers make their own opioid painkillers with home pill presses, but these pills are often cut with other substances and may not contain the active ingredient at all.

Many people become addicted to opioid pain relievers when they have a legitimate prescription from their health care provider. Their prescription runs out and they can’t find or afford the same drug on the street, so they turn to heroin.

According to the National Institute on Drug Abuse (NIDA), most people choose drug use involving heroin because prescription opioids are too expensive and too hard to get.

The US Drug Enforcement Administration (DEA) classifies heroin as a Schedule I controlled substance. It’s an illegal drug because it’s addictive and has no medical use. Yet tens of thousands of people abuse it in the US alone.

Heroin use can cause health problems, destroy your relationships, and put you in jail. Drug addiction is a devastating disease that alters your life, but it doesn’t have to end it.

If you or a loved one are struggling with heroin abuse, help is available now. At Ohio Recovery Center, we offer personalized heroin addiction treatment programs that nurture your physical and mental health.

From inpatient detox to behavioral health counseling, we’re here for you every step of the way.

Speak with one of our treatment specialists today to learn more.