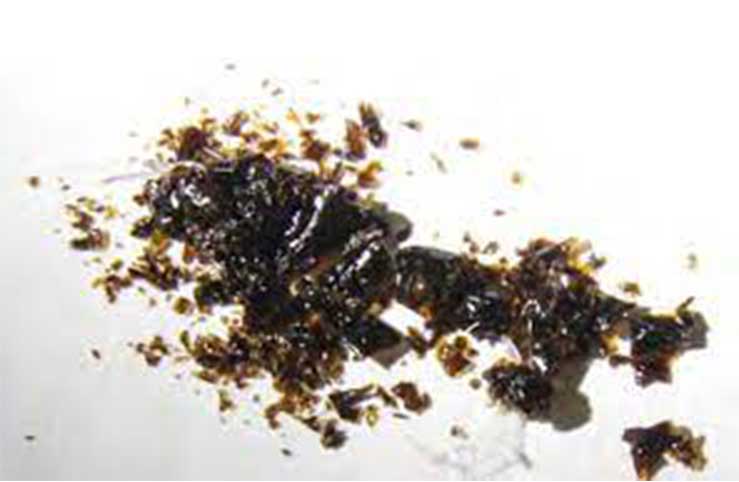 Black tar heroin is a potent form of heroin, and an illegal opiate, that looks dark and feels sticky to the touch. Black tar heroin can be smoked, injected, or inhaled, similar to powdered heroin.

A significant percentage of black tar heroin in the Western and Eastern United States have Mexican and South American origins, respectively. Heroin in Ohio can be a mix of both powdered heroin and black tar heroin.

Heroin is a Schedule I controlled substance in the United States, with no approved medical uses. Any form of powdered or black tar heroin use can be considered a form of substance abuse.

Black tar heroin can assume a variety of colors, including black, brown, and tan. It can either be sticky or brittle, depending on the surrounding temperature.

The discrepancies between different samples of black tar heroin may be due to various illicit drug markets competing for American presence.

Black tar heroin can have effects similar to the common effects of heroin when ingested, such as:

These effects may be stronger if black tar heroin is taken in higher doses.

Heroin overdose can occur after ingesting large amounts of heroin at once, or if the drug was adulterated with dangerous opioids like fentanyl.

A heroin overdose may cause side effects such as:

If you see these signs in a loved one, call for help immediately. The breathing of overdose victims can be restored with naloxone while professional help arrives.

Heroin can be habit-forming, due to the link the drug has with the release of pleasure. Taking heroin can also reinforce drug-using behaviors due to the drug’s effect on your brain chemistry.

The all-encompassing nature of substance use disorder can make quitting difficult, even if drug use patterns are a detriment to your health.

Health Risks Related To The Method Of Use

Snorting black tar heroin through the nose can cause sinus infections, a reduced sense of smell, nosebleeds, and cardiovascular issues.

People who inject black tar heroin with unclean needles may have a high risk of wound botulism, blood-borne pathogens, necrotizing fasciitis, abscesses at the injection site, and other life-threatening health issues.

Ohio harm reduction programs can prevent the spread of bacterial infections during injection drug use. These programs may offer clean needles, intervention services, and access to addiction treatment programs.

If you or a loved one are struggling with heroin use, you may benefit from professional treatment. A heroin addiction treatment program can give you the resources and environment you need to focus on recovery.

Contact Ohio Recovery Center for a treatment facility that focuses on your specific needs. Our detox, behavioral health, mental health, and aftercare planning services can improve your outlook concerning black tar heroin use.