The different forms of heroin can look like white powder, brown powder, or sticky black chunks. Heroin may vary in color and consistency depending on how it’s processed and what additives are mixed in. 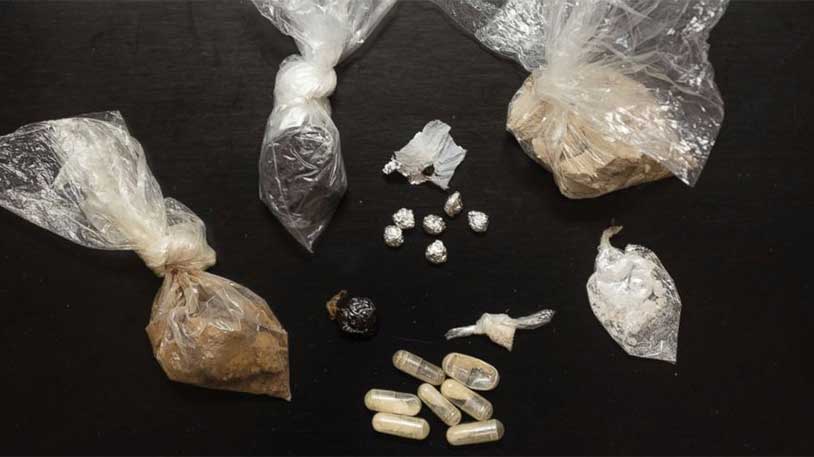 Heroin is a highly addictive illicit opiate/opioid drug that comes from the opium poppy plant. It’s commonly found in white or brown powder form, but may also be a black sticky substance known as black tar.

The color can tell you what additives are mixed in and how pure the drug is. The additives can include fentanyl, painkillers, and baking soda. Additives like fentanyl can increase the risk of overdose, which can be deadly.

In Ohio, the number of unintentional overdose deaths was 5,017 in 2020, which was a 25% increase from 2019. To avoid the effects of a heroin overdose, keep naloxone on hand and educate yourself about the different forms of heroin.

What Do The Different Forms Of Heroin Look Like?

Heroin comes in many different colors and a few different forms. What it looks like can tell you a lot about how it’s made and what’s in it.

White heroin comes as a white powder and is usually the purest it can be. But despite its color, white heroin can be cut with other white substances like sugar, powdered milk, or even fentanyl. It may also vary in color and be off-white, beige, or pink.

Heroin is often diluted with other things so drug dealers can increase the amount of the drug they sell. Snorting and injecting the drug with a syringe is usually how white powder heroin is used.

Black tar heroin is much less pure than white heroin which makes it less potent and likely cheaper. This type of heroin is also not a powder; it’s a thick, sticky consistency or a solid black chunk.

The drug is this color because of the way it’s processed and the number of impurities in it. But the color can vary depending on what’s added to it. It can be black, dark brown, or even orange.

Brown heroin has not gone through the full purification process which means it’s less potent than white heroin. It comes as a brown powder and is typically smoked instead of injected because it’s more difficult to dissolve in water.

The brown color comes from the impurities in the heroin. This is the most common heroin you can find as it’s easier to produce than pure heroin.

If a loved one is using heroin, they may use one of the street names for the drug, which may include:

Effects Of Heroin Use

Beyond what heroin looks like, it’s also important to know the various side effects that come with using the drug.

The short-term effects of heroin use can include:

Heroin is classified as a Schedule I controlled substance by the Drug Enforcement Administration (DEA). This classification is given to only the most harmful and addictive drugs.

A Schedule I drug has a very high potential for abuse and can lead to severe dependence and addiction.

The first step of heroin addiction treatment is likely detox. After that, you then move to inpatient or outpatient treatment.

In a detox program, you’re monitored 24/7 while you withdraw from the drug. During this period, you’ll likely experience unpleasant withdrawal symptoms.

To help make the symptoms more bearable, healthcare providers supervise your symptoms, help keep you comfortable, and may provide medications when necessary.

Inpatient and outpatient treatment programs allow you to look deeper into why you use heroin and give you the tools to cope with triggers and prevent relapse.

These treatment programs can also include behavioral therapy in group or individual settings, support groups, and treatment for co-occurring mental health disorders.

With medication-assisted treatment (MAT), you receive medication to help break the dependence your body has built up, ease withdrawal symptoms, and lower cravings. These medications can include:

If you or a loved one live with heroin addiction or any type of substance use disorder, contact Ohio Recovery Center for information about our inpatient treatment options.