What Is Heroin Cut With? | Heroin Cutting Agents & Adulterants

Heroin, produced as either a black tar-like substance, white powder, or brown powder, is a dangerous street drug often cut with a wide variety of fillers, additives, and adulterants. Cutting agents like fentanyl increase the risks of using this illegal drug. 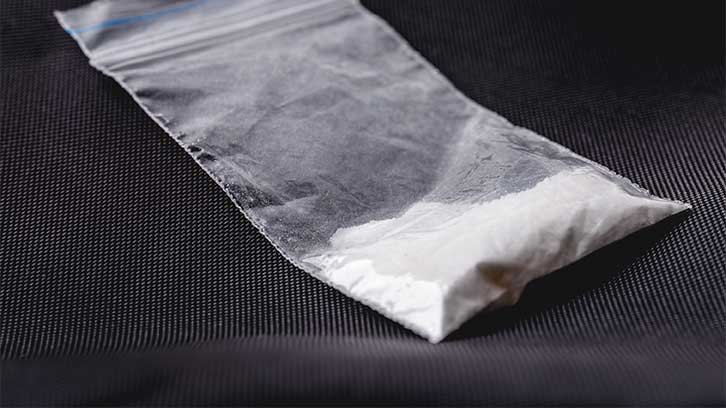 At any point during the long process of its creation, distribution, and sale, the opiate drug heroin can be modified, tampered with, diluted, adulterated, or counterfeited.

This often leads to dangerous and unpredictable effects when this unregulated street drug is finally administered.

From the time opium poppies are harvested to the eventual point at which heroin is used and sold on the street, heroin exists outside of governmental or medical regulation.

This means that pure heroin can be repeatedly cut or diluted with any number of common or experimental additives, known as cutting agents, throughout its production and distribution.

These substances are commonly mixed into pure heroin for different reasons.

Bulking agents, or fillers, are added to heroin to increase the bulk or quantity of heroin a drug dealer can sell, without changing the drug’s effects. This process directly dilutes and reduces the sample’s potency.

Other compounds with a highly bitter taste may also be added to heroin both to increase bulk and to increase the mix’s characteristic bitterness, potentially disguising the degree to which its purity has been degraded.

These compounds can include:

Adulterants are drugs laced into heroin supplies with the goal of increasing or changing the effects of heroin, or obscuring the degree to which pure heroin has been bulked up and diluted.

Increasingly, more and more heroin sold and seized in the United States has been found to contain no heroin at all.

Instead, these drugs are found to be a mix of filler compounds laced with small amounts of fentanyl, a highly potent synthetic opioid that can be more than 50 times stronger than heroin by weight.

Dealers are believed to favor fentanyl over heroin because:

Unfortunately, fentanyl and its far more potent analogues can be very easy to misdose, a fact that has contributed to fentanyl rising quickly to become the leading cause of opioid overdose deaths in the United States today.

While contaminated street heroin can be dangerous, being traced to numerous instances of poisoning, organ and tissue damage, illness, and death, supplies of unusually pure heroin can also be deadly.

A sudden change in drug potency or purity greatly increases a person’s risk of overdose and can lead to sudden death in situations where naloxone (Narcan) or professional medical support is not readily available.

Heroin overdoses are life-threatening events, and should be treated as a critical medical emergency.

Depending on its origin and manufacture, street heroin can be produced in a variety of different forms with subtly different properties, purities, and uses. The most common of these forms include:

White heroin has the fewest impurities and is potentially the most pure and potent form of heroin. It is primarily produced in southeast Asia and is usually injected or snorted rather than smoked due to its high solubility.

Despite the name, white powder heroin can vary in coloration from white to off-white, pink, brown, or beige.

Black tar heroin is a solid, lumpy black substance that hails from Mexico and is considered to be the least pure or refined version of illicit heroin. Black or brown in color, it is heavy with contaminants, sticky to the touch, and is typically melted down and injected or smoked.

Heroin addiction is a form of substance use disorder, a treatable behavioral health condition.

If you or a loved one struggles with compulsive heroin use, the best way to get help is to turn to a professional substance abuse and addiction treatment provider like Ohio Recovery Center.

To learn more about our treatment options, please contact us today.