Home › Worst Cities & Counties For Drug Use In Ohio

The Worst Cities & Counties For Drug Problems In Ohio

Drug abuse is a significant problem in Ohio. It affects some cities and counties more than others. In particular, smaller, more rural communities tend to have higher addiction and overdose rates compared to big cities. 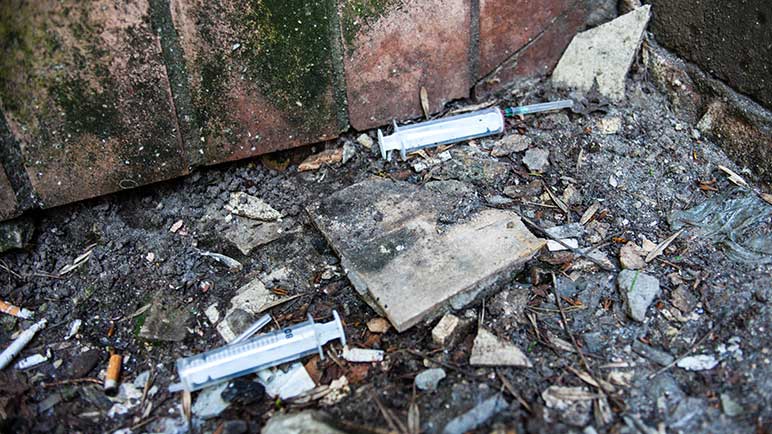 In 2015, Ohio had the highest number of opioid overdose deaths in the nation. This led public health experts to dub the state “ground zero” for the opioid epidemic.

Since then, Ohio residents have continued to struggle with opioids, alcohol, and other drugs. Some of the state’s cities and counties have worse drug problems than others.

To measure a city or county’s drug problem, researchers typically look to drug overdose death rates. Some people assume these rates are highest in Ohio’s largest cities and counties. Indeed, larger areas tend to have the highest numbers of overdose deaths because they have the biggest populations.

However, they don’t have the highest overdose death rates. These rates account for the number of overdose deaths adjusted for population, or how many people live in the area.

However, in terms of overdose death rates, these counties ranked 21st, 28th, and 17th, respectively.

According to the Ohio Department of Health, smaller counties and cities tend to have far worse drug problems.

The Worst Cities & Counties For Drug Problems In Ohio

Scioto’s county seat, Portsmouth, is sometimes called the “pill mill of America.” A pill mill is a facility where doctors illegally prescribe prescription drugs, especially opioid painkillers, to people who do not need them.

At one point, Portsmouth had the nation’s highest number of pill mills per capita. While these facilities have since been shut down, they left numerous residents with opioid addictions.

After Scioto, Montgomery County had the state’s second highest overdose death rate at 65.1 deaths per 100,000 residents. A large amount of these deaths occured in Dayton, the county seat. In 2016, Dayton had the highest number of opioid overdose deaths across all U.S. cities.

Other Ohio counties with the highest overdose death rates between 2015 and 2020 include:

Many of the above communities are small and rural. Often, rural communities develop drug use problems because they lack the resources found in big cities. For instance, many rural towns can’t afford to build substance abuse treatment centers.

For example, they often distribute free naloxone. Naloxone (brand name Narcan) is a medication that can rapidly reverse the effects of an opioid overdose. Access to Narcan is extremely important because most overdose deaths in Ohio involve opioids (also called opiates), especially fentanyl.

The Rise Of Fentanyl

Fentanyl is a synthetic (human-made) opioid that’s up to 50 times stronger than heroin, according to the Centers for Disease Control and Prevention (CDC). It has contributed to numerous fatalities since the start of the Ohio opioid crisis.

Because fentanyl is relatively cheap to make, many drug traffickers secretly add it to other drugs to enhance their effects. That means any Ohioan who uses street drugs may accidentally overdose on fentanyl.

Some Ohio communities have access to harm reduction services but fail to provide them.

For example, Butler County Sheriff Richard K. Jones refuses to let law enforcement officers carry Narcan. As a result, Butler County consistently has one of the highest overdose death rates in the state.

If you or someone you love struggles with drug abuse, please reach out to Ohio Recovery Center. Our compassionate healthcare providers offer medical detox, mental health counseling, and other evidence-based treatments to help you stay drug-free.